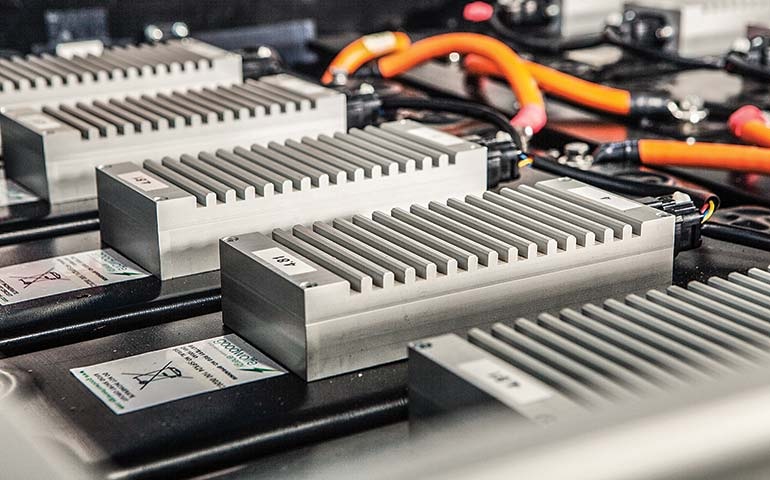 So! What’s The Big Buzz about the Beneficial Use of Lithium-Ion Batteries?

Since lithium-ion batteries came to be, it has created a big buzz in its consumer and application market.

With the evolution of technology, everyone’s prime focus is big data, speed, and mobility. And in keeping all this in mind, the demand and reliance on portable sources of power like lithium-ion batteries are most certainly on the ascend.

(LITHIUM-ION BATTERIES ARE THE REAL-DEAL…!)

And right here in this post, we will discuss its benefits to explain why they are often the first choice for so many consumers and high-end machinery manufacturers.

For every consumer, the correct facts always matter. And when checking out the potential uses of lithium-ion batteries, users must be clear about its practical advantages and disadvantages before making any final decision.

Lithium-ion batteries indeed tend to present some impressive advantages over other available forms of recharging batteries. But it is also true that just like every other piece of technology, they too come with their fair share of limitations.

As a potential user- in order to gain the best use of lithium-ion batteries, it is crucial to properly comprehend not just its likable points but also its potential limitations. That way, these lithium-ion recharging batteries can be utilized in a way that meets different specific requirements easily and appreciatively without any possible complications or consequences!

So, Without Wasting Time, Let’s Cut To The Chase, Shall We!

In case of older recharging batteries like Nickel-metal hydride or Nickel- Cadmium batteries, they often suffer from memory effect- also commonly referred to as ‘The Lazy Battery Effect.’

Now, if these batteries continuously and partially keep discharging before being appropriately recharged, they would only provide the necessary volume of energy, which was used up at the time of partial discharging prior to its drop of voltage. To prevent this, both battery variants – NiMH and NiCd will require proper maintenance through properly discharging and recharging.

As opposed to this phenomenon, lithium-ion batteries don’t get plagued by such ‘The Lazy Battery Effect.’ When used, they will always deliver their every last existing ounce of power. Plus, you always have the option of recharging them whenever you have consumed a portion of its voltage capacity, be it 25%, 55%, or even 100%!

In that sense, you don’t have to mull over any pesky maintenances at all!

Many consumers and machinery manufacturers believe lithium batteries will be the future technology for meeting different power demands. It is one trend which has already begun to make its mark in its respective market. And with time, its popularity and manufacturing volume will only increase.

(Besides The Reasons mentioned above)

The phenomenon of self-discharge is irreversible and natural for most batteries. The chemical reactions existing inside the battery lessens its overall capacity despite the specific battery not put to any use. Nickel-based recharging batteries tend to lose roughly 10-15% of its overall power capacity after being charged. And this 10-15% of self-discharge remains constant for each month too!

Wonders never cease when it comes to the supremacy of lithium-ion batteries than other existing battery chemistries.

When comparing it with typical lead-acid batteries or other rechargeable batteries in the market, it is found that lithium-ion batteries deliver more energy in less than half their size and weight. Moreover, they also offer impressive flexibility in application and straightforward installations.

Typically a 51Ah (ampere-hour) lithium-ion battery is similar in weight to a 24Ah lead acid recharging the battery (which weighs around 6-7 kgs).

However, the former provides twofold the power capability in comparison to the latter.

For this reason, many applicants think of using lithium-ion recharging batteries for their head torches as it helps boost the light-emitting capacity and runtime without putting on any additional battery weight.

All this makes lithium-ion batteries the reigning lightweight champion of all recharging batteries in its existing market.

Another fascinating aspect of lithium-ion recharging batteries is their impressive cell voltage production.

Each lithium-ion cell of a lithium-ion battery can churn out roughly 3.6 Volts. And due to this, it has an unmatched advantage over other options in the market.

So, as you can make out, each lithium-ion cell’s cell voltage reading is much higher. Due to this, it requires fewer voltage cells for its different applications.

Believe It Or Not, But a Single Lithium Ion Cell Is All That’s Required to Charge up Smart Devices! And Lesser Use Of Voltage Cells Even Streamlines The Management Of Power!

Another point worth mentioning about lithium-ion rechargeable batteries’ adequacy is that it features lower levels of toxic heavy metals. This makes them somewhat indifferent to the high levels of toxic metals present in other variants of recharging batteries, namely NiCd – Nickel Cadmium and lead-acid batteries!

While it is true that lead, cadmium, and mercury have been the prominent stalwarts in the battery manufacturing industry for numerous years, however, its prolonged exposure to and improper disposal of its existing toxic metal components have made them somewhat unsafe for all plants, animals, and humans!

In Comparison to These Options mentioned above…

Lithium-ion batteries are much safer alternatives. That said, once they go out of commission, they still require to be adequately recycled.

One must avoid (for any battery) dumping them into the regular bin and the rest of the garbage. So, make sure to keep this in mind whenever tossing them away once they have fulfilled its usefulness!

That Surely Makes Lithium-Ion Batteries A More Eco-Friendly Recharging Option In Contrast To The Other Batteries Available In The Respective Market!

SO, CONTINUING FROM THE TOP…

Some Crucial Considerations for You to Keep In Mind

There are a few crucial aspects to bear in mind for any consumer thinking of shifting to lithium-ion batteries instead of the other options around.

They Include As Follows –

Also, manufacturers suggest partially charging the battery before storage. The appropriate level of charge before storing them away should be between 40% -50%)

(For Your Information – Lithium-ion batteries are often expensive in comparison to the other available recharging batteries. However, the LTV – Life-Time Value of lithium-ion batteries far offsets any other variant of rechargeable batteries. And due to its LTV versatility and usefulness, it easily outweighs its higher price and proves to be a better alternative to other options!)

(You Need To Have The Presence Of Mind – To compare between brands by checking its price, market stature, offered lithium battery variation, and what its customers felt after using their produced batteries.)

(LAST BUT NOT THE LEAST…) A Discussion on Some of Its Insightful Disadvantages!

“The first and foremost thing to remember is that – There Is No Such Thing as Absolutes! Nothing is ever all good/ advantageous! This applies to every aspect- be it of life or modern-day technology.”

Take lithium-ion batteries, for instance, despite its awe-compelling advantages; they too come with a few disadvantages!

But from the consumers’ point of view, knowing about its disadvantages (along with its favorable points) isn’t a bad thing, at all! If anything, it helps them realistically determine the real potential of lithium-ion batteries – both individually as well when compared with the rest of the available options.