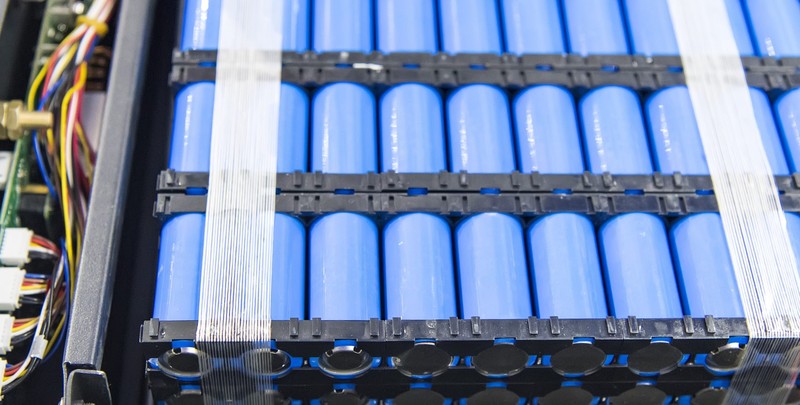 Lithium batteries are made of four components. They are anode, cathode, electrolyte, and separator.

The cathode is the source of lithium ions. It helps to regulate the capacity and voltage of the battery. Anodes regulate the flow of electric current through an external circuit. It also acts as a storage for lithium ions after it is charged. The electrolyte between anode and cathode is made of salts, solvents, and additives. It acts as a channel. The separator separates the anode and cathode from each other.

Lithium batteries, mainly lithium-ion batteries, are extensively used in mobile phones, cameras, electric vehicles, and other electronic devices. The beginning of lithium batteries started in the 1970s. Throughout the 70s and 80s, many changes were made by scientists in the batteries. It was from the early 1990s when the two Japanese companies Sony and Asahi Kasei, started the mass production of lithium batteries.

What is the lifespan of a lithium battery, and how to boost it?

Lithium batteries are chargeable. It generally lasts between 300 to 500 charge cycles.

There are many ways to increase the battery life of a lithium battery.

What are the main characteristics of lithium batteries?

Lithium has few characteristics that make it a suitable material to use in a battery. Lithium is the lightest and most reactive metal. It also has the highest electrochemical potential. These batteries use lithium as ions and not in a metallic state. All these make the lithium battery ideal to use.

What is the best way to store and use lithium batteries safely?

Lithium batteries can catch fire, and it is a major drawback of it. There are a few measures, which can help to keep your lithium battery safe.

What are the merits of using a lithium battery?

There are several merits of using the lithium battery they are as follows:

What are the demerits of using a lithium battery?

Every object has its merits and demerits. Similarly, the advantages of using lithium batteries are known. Now let’s look into some of its demerits.

Which devices use lithium batteries?

Though lithium batteries have many merits or advantages, governments also promote the use them. But the leaking of lithium batteries is a severe drawback. The battery leaks hundreds of harmful gases, which also includes carbon monoxide. These harmful gases are hazardous for both the environment and human health. It irritates when it comes in contact with the eyes, skin, and nose.

A close survey shows that not many people are aware of the hazards that the lithium battery causes. They are also unaware of the battery’s overheating, which can be dangerous as it can catch fire. They also don’t know the right way to take care of the battery.

Extensive research in this field is carried out. According to many, a fully charged battery rather than a 50% charged battery mainly leaks such harmful gases. About 20,000 lithium batteries were heated in one such study, which caused an explosion and leaked many toxic gases. Thus many think that overheating is a major cause for the explosion and leaking of harmful gases. However, the researchers are trying their best to develop a technique to detect the reason for the emission of such harmful gases.

Lithium batteries are now being used extensively in our phones, laptops, vehicles, cameras, etc. The problem of the explosion of the batteries due to overheating and leaking of harmful gases is a huge problem. Since it is hazardous to both humans and the environment, this problem needs to be solved immediately. The researchers are trying their best. People can stay hopeful and positive. Soon they will come up with the best solution and make it safe for use in our daily life.