Why One Should Invest In Lithium Batteries? 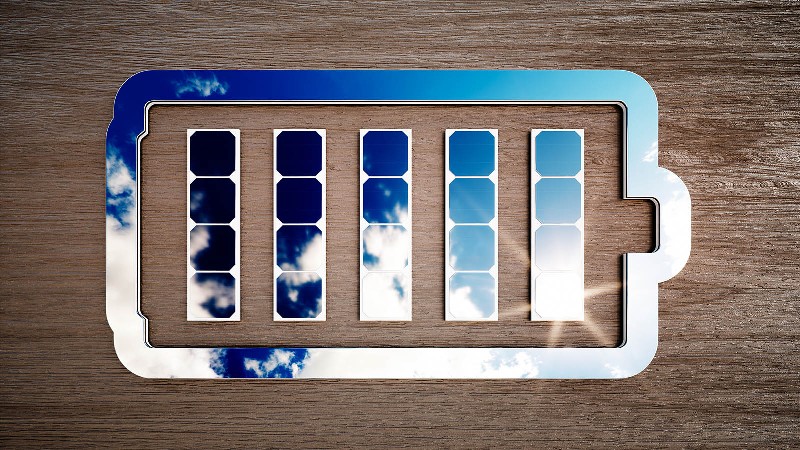 Why are lithium-ion batteries in vogue?

Lithium-ion batteries are the most preferred power supply sources for most electronic devices as they are stable enough and can be recharged repeatedly. They have relatively higher voltage density and energy storage capacity and lower self-discharge rate (i.e., a battery charge slowly diminishes over time) than other cellular batteries. These attribute make lithium the primary component in powerful current batteries utilized in everything from mobile phones to electric automobiles.

In this article, we’ll explain everything about Lithium batteries, Li-ion cousins, how they act, what the batteries are made of, their usage, future holds, and even recycling ways of used batteries. We will also set out the basic differences between Lithium and Lithium-ion batteries so that you can make a better choice.

Batteries are undoubtedly the most useful stuff in today’s busy life that provides us all sorts of luxuries, from simplifying daily activities to essential emergent support. Without them, from cars to phones would still be idle.

Lithium batteries do more than just run applications on your phone. These are widely used in real-life applications, from medical equipment to luxury digital cameras. Lithium batteries take care of both the necessity and comfort of present human life with authenticity and safety.

What is a Lithium Battery?

What are lithium batteries made of?

A lithium battery is made of four prime components. The cathode determines the battery’s capacity and voltage. The anode helps the current to pass through an external electrical circuit. The electrolyte (formed of solvents, salts, and additives) serves as the tunnel between the anode and cathode. And the separator acts as the physical barrier of anode and cathode.

Why is Lithium good for batteries?

Lithium is great for batteries for the following reasons:

Where are lithium batteries used?

Lithium batteries are extensively used in our daily lives, from mobile phones, wall clocks, remote control Machines, toy cars, and digital cameras to full-sized cars. Although their long-lasting energy density makes them widely useful, the only drawback is that they can’t be recharged easily. Therefore, many companies started to switch over to other types of batteries. These disposable batteries around our surroundings are not benevolent for the environment; that’s why most people have started to use Li-ion batteries.

What are lithium-ion batteries?

The main difference between Li-ion batteries from lithium batteries is the formation. It means Lithium-ion batteries are secondary cells. They can be emptied, recharged, and reused hundreds of times before final deterioration. Our daily lives become fully inactive without these rechargeable batteries. These batteries are extremely efficient for working your tab, laptop, cell phone, and camera. The electrodes of Li-ion batteries are made from carbon and lithium, making them lightweight and portable. Lithium-ion batteries can hold their charge for a longer time. They lose only 5% of their power monthly if not used. Another benefit is that they don’t have a memory effect.

How did the Li-ion battery explode in a technological revolution?

The following three personalities M. Stanley Whittingham, John B. Goodenough, and Akira Yoshino, got the 2019 Nobel Prize for chemistry for being functional towards the development of practical lithium-ion batteries.

So, you can realize the magnificence of this future technological revolution. These batteries are the base of the ongoing wireless technology revolution that made feasible portable digital smartwatches, laptops, electric toothbrushes, and the cell phones of today. It is also regarded as important for a fossil-free tomorrow of electric cars that most of the country’s governments consider handling the burning issue of global warming or climate change.

What are the Advantages of Li-ion batteries?

Here we have discussed all the top advantages of rechargeable lithium-ion batteries.

What are the Limitations of Lithium-ion batteries?

Why are lithium-ion batteries so significant?

This isn’t just your school syllabus, and it’s the ultimate technology that people rely on. It is the stepping stone to preventing extreme climate change and replacing fossil fuels from our conserved amalgamation of energy. The continually growing demand for the composition of these batteries is even fully visible.

With the outgrowth of the electric vehicle industry, huge investment has been flooding into battery-powered technology. Companies need to manufacture more secured, lightweight, energy-efficient storage elements. For these reasons, the advancement of these batteries has been promising for the world of portable electronics.

What are the Typical Applications of Lithium-ion Batteries?

Since the early 21st century, advanced lithium batteries are becoming the modern power sources supply in both the transit and static power markets, including standby power, electric vehicle conduction, moving robots for ocean watching, and such critical applications. To date, li-ion batteries have not been imbibed to any large extent for renewable energy storage.

What researchers do to extend the life of lithium-ion batteries?

Battery research is giving so much attention to lithium chemistry, which is beyond our imagination. It is indeed that the future of battery lies entirely in lithium. Practical lithium-ion batteries’ applications are continuously progressing and are intruding into consumer and trade markets that formerly were stiffly captured by lead-acid batteries. You will be amazed to know that many satellites are also Li-on powered.

The big buzzing in batteries is lithium-ion technology. As technology evolves, focusing on speed, big data, and mobility, the importance of reliable portable power is massive and steadily on the rise.

What the future holds for lithium and lithium-ion batteries?

Lithium and lithium-ion batteries are both inevitably useful and have large contributions to modern people’s daily lives. Their applications are countless. The modern world cannot be imagined without them. Both two types of metal-based batteries provide portable power facilities. And they are capable of providing charge to any coherent electric circuits irrespective of your allocation.

The main dissimilation between lithium and lithium-ion batteries is that the first one is non-rechargeable (primary cell), and the latter can be recharged and reused infinitely (secondary cell). Moreover, Lithium batteries possess a life-span up to 4 times longer than lithium-ion batteries and are cheaper and easily manufactured.

Until some modern power sources technology arrives, Lithium-ion batteries will straightaway be the first choice for the electronic world and for the common people like us who use them every day. This is applicable for your android phone, your favorite digital camera, and even your full-sized car.